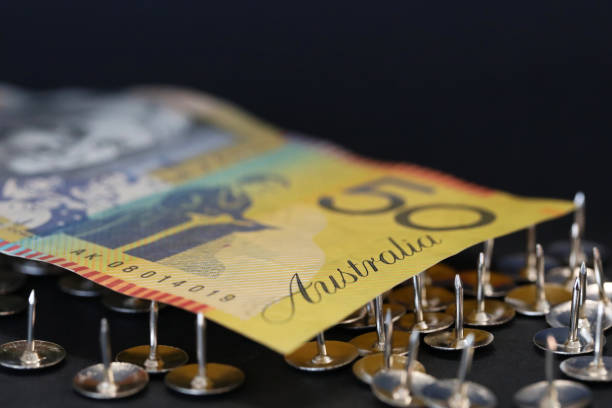 AUDUSD is prone to be the weakest performer among majors in July. The selloff accelerated 2 weeks ago as the resurgence of coronavirus has triggered lockdown in New South Wales, Victoria and South Australia. In the near-term, sentiment over the currency pair could remain weak as state governments would likely extend the lockdown to prevent further rapid rise in new cases. These could hamper the country’s economy for 3Q21, triggering accommodative measures from the government and the RBA. 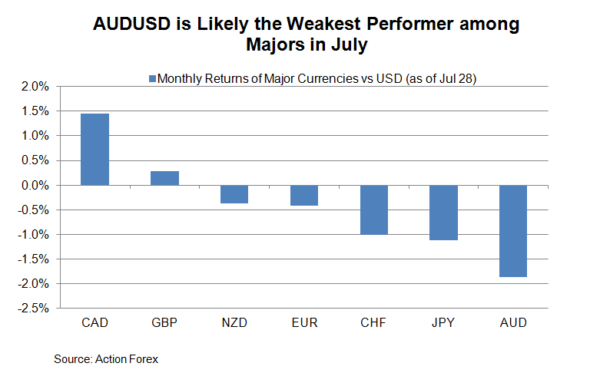 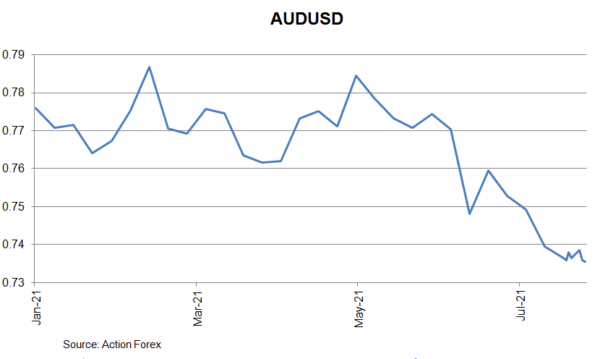 The rapid spread of delta variant sent many parts of the country back to lockdown and tightened restrictive measures. While restrictions in Victoria and South Australia have been eased this week, the NSW government has extended the lockdown in the state for 4 more weeks. Worse still, the vaccine rollout is relatively slow, with only 31% of the population receiving one dose and 13% both doses as of July 26.

The country’s economy will likely record contraction in 3Q21, compared with growth expected previously. However, the weakness will be temporary, thanks to easing measures by the government and the central bank. Strong growth is expected to be seen in the fourth quarter.

Fiscal support from the government is essential. Prime Minister Morrison announced on July 13 that the federal government would deploy a program to assist New South Wales, estimated to cost AUD500M per week. More are expected to be in the pipeline in order to support the unemployed and workers on reduced hours.

At the July meeting, the RBA announced to begin tapering its asset purchases in early September. The size of purchases would reduce to AUD 4B from AUD5B. The extended lockdown measures and the potential detriment on the economy could trigger the central bank to postpone tapering. Such announcement could be made in as soon as the August meeting. Indeed, the decision to tapering is not irreversible. Governor Philip Lowe noted that the RBA is “not locked into any particular path and bond purchases could be scaled up again if economic conditions warranted it”. 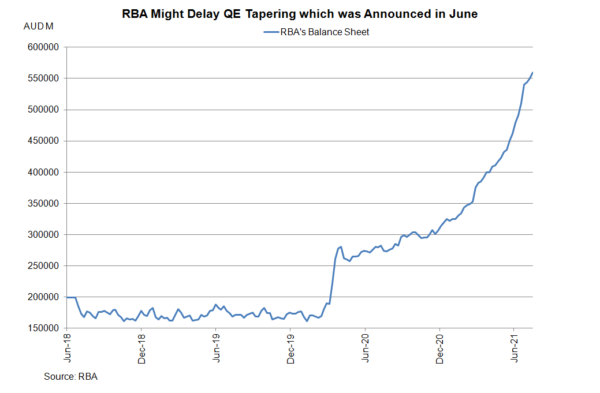